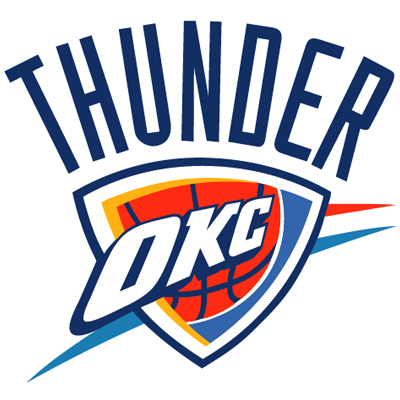 Kevin Durant in the house 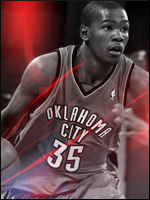 There is a title in the Thunder's future, just not this year

There is a title in the Thunder's future, just not this year


Oklahoma City won't win the next NBA championship. That's just a hunch, and while Kevin Durant refused to totally dismiss the possibility, he did concede the obvious.

"I think it's going to take some time for us to do that," he said.

Yes, when your two best players are still under 24, and your sixth man is still trying to figure it out, and your long-awaited big man still hasn't put on a uniform yet, it's tough to imagine OKC overcoming all that championship experience (and talent) in San Antonio and L.A.

But. The Thunder will win a title some day. That's another strong hunch, and it's because of the way this team is being built, so carefully, so wisely, so cohesively. The deadline acquisition of Kendrick Perkins only confirmed that the Thunder and general manager Sam Presti, rather than assembling an All-Star team, are putting together a championship-contending team.

Durant. He's about as selfless as it gets for a superstar, somebody with the swagger it takes to be a franchise player, but also with a degree of humility that goes far with his teammates and coaches. He's the kind of player whose value exceeds the 28 points and seven rebounds he gives every night. Durant is loved by his teammates because he doesn't push his ego in the locker room and respected by his coaches because he's not high-maintenance. A total package. The Thunder really should thank the basketball gods for putting Durant and Greg Oden in the same Draft.

Russell Westbrook. Eager and aggressive, Westbrook seems to be on a personal mission to prove he's a top-5 point guard. And if he isn't, he's getting close. There may be some anxious moments when it's time to pay him the big contract, and wonder whether he'll resent not getting as much respect as Durant. But as of now, he's an ideal No. 2 guy who some nights plays like The Guy.

Perkins. His temperament on the court, where he never saw a call he agreed with, is the exact opposite in the locker room. Big Perk is a conformer who won't challenge the dynamics of the team or make unreasonable requests about getting more touches. He knows his role and does it. And his role, eating up space and providing low-post defense, is something the Thunder have searched for since leaving Seattle.

Serge Ibaka. He's a rebounder and shot-blocker and best of all, is fine with that.

James Harden. He's the wildcard here; the Thunder drafted him over Tyreke Evans and Steph Curry, two players who would've been a better fit. But over time, if he learns to play with an attitude, Harden could give OKC what it needs at the 2: reliable scoring as a backup to Thabo Sefolosha, a designated defender. Or he could be trade bait.


Basically, the pieces seem to fit in Oklahoma City, rather than clash. Same with the personalities. Durant, as everyone else, is especially high on Perkins, the first true center the Thunder have ever had.

"When I played against him," said Durant, "I didn't like him. And I mean that with respect. I didn't know him as a person. I always knew he played with a passion. He plays for his teammates. Plays to win. Has no hidden agendas. That's the type of teammate we need and the type of teammate he is. And as I've gotten to know him, he's a great guy off the court. I love being around him already. We're happy to have him because he fits in.

"And it's also good to know he's expressed how happy he is to be here. Here in Oklahoma City."

How many players would admit to that, in a league where stars prefer to relocate to sunshine or big city or low taxes or all of the above?

"Our management did a good job in seeing what this team needs," Durant said. "We just have to keep pushing forward and see what happens. Anything can happen."

Obviously, it's mostly up to Durant and Westbrook, the two All-Stars, to elevate their performances once the postseason begins. That's the logical next step for those two, to take Oklahoma City beyond the first round, where they went down with a fight against the Lakers in a thriller last June.

"Kevin and Russell want to be challenged and I challenge them to get better," said coach Scott Brooks. "As a team we've got to keep improving. We're not a team that can just stay where we are when Perkins gets back."

No, they can't stand still. At least they shouldn't. Join me in suspecting they're unlikely to travel far this season, maybe not past the second round, where they're projected to see the Spurs. But they're headed someplace special. 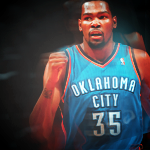 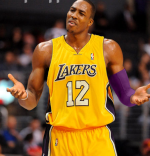 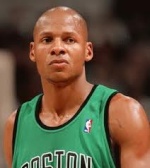